A little less than two years ago, a coworker in the job that I had just started introduced himself by saying that he had “run 73% of the streets in Seattle”. When I asked him how he knew that so precisely, he showed me CityStrides, a service that imports GPS data from such systems as Garmin and Strava, matches that data with public street maps, and gives all sorts of gamified results.

Here is my CityStrides map of Seattle as of yesterday, the day when I “finished” Seattle: 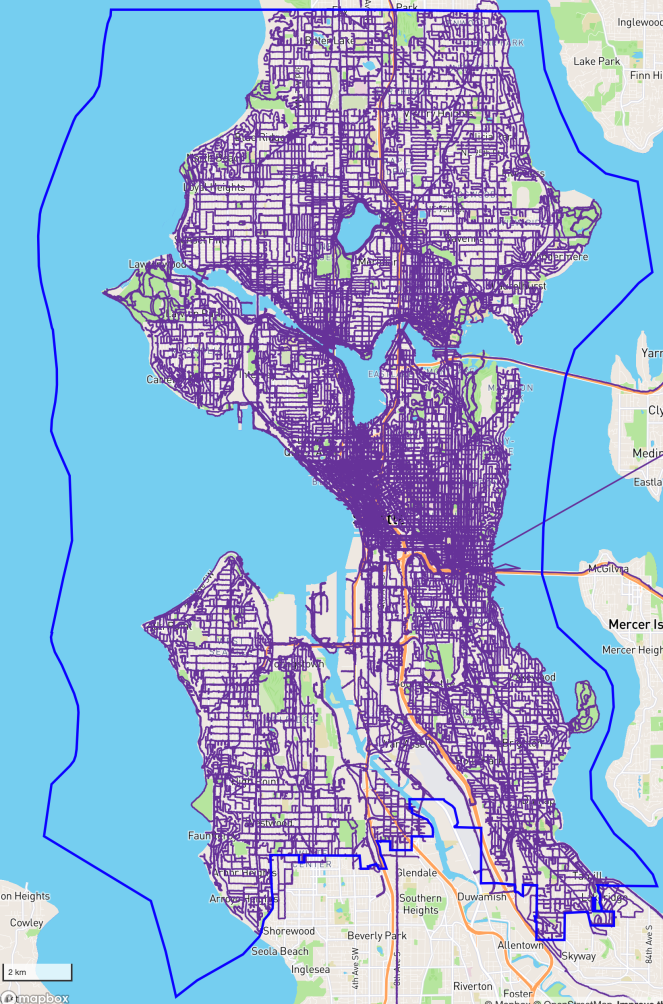 I expected to be more pleased with this accomplishment, but it fell flat.

When I started, I would follow every street to its officially mapped end, regardless of whether someone had posted signs indicating that they were claiming the street as private property. Sometimes, this would cause rich people to yell at me and question me as I walked along a public street near their house, but I would just keep going. I did sometimes have people in poorer areas ask me if I was lost, but this typically seemed sincere, rather than a veiled GTFO. But now–with everyone feeling threatened because of a deadly pandemic, economic collapse, and protests about police brutality and systemic racism–even I didn’t want to invite conflict. So, I ended up marking far too many streets as “manually complete” because I couldn’t get to the last little bit without potentially causing trouble.

When I told one of my friends about CityStrides, he pointed out that–as a Black man–he could never play this game at all, since every time he went out, white folks would be wondering aloud to the 911 dispatcher what this person was up to as he carefully covered every bit of their neighborhood while making notes on a piece of paper.

So, on one level, I’m feeling disappointed that I didn’t quite get to finish this silly obsessive project on the terms that I wanted, but on a much deeper level, I’m feeling sad and angry that there are a lot of folks who have never been able to do silly things like this, because the threat and tension that I am just now getting a tiny glimpse of has been a reality for them for much longer and to a vastly greater degree.

3 thoughts on “was supposed to have been a triumph”